Your life isn't over !

The Inspirational Tale Behind Those Semicolon Tattoos

When I started noticing semicolon tattoos becoming prevalent within the tattooing community I couldn’t help but wonder what the significance of it was. It had to be something much more significant than a movement bucking Kurt Vonnegut’s most hated punctuation mark, and it turns out that it is. The Semicolon Project was created to raise awareness for people struggling with depression, anxiety, self-harm, and suicide.

The project encourages people to draw a semicolon on their wrist as a reminder that it is OK to ask for help when struggling with mental health problems. Since the project has begun many people have decided that they want to wear the symbol permanently in the form of a tattoo. The choice of a semicolon may seem arbitrary to everyone but the most studious grammar wizards, but when you break it down it is a very simple and powerful choice.

“A semicolon is used when an author could’ve chosen to end their sentence, but chose not to,” the projects website explains. “The author is you and the sentence is your life.”
It really is a very apt metaphor. It acknowledges that a person has gone through times when they felt like they could end it all, but they had the strength to choose to keep going. The proliferation of the semicolon tattoos can be seen as both a positive and a negative. While it is inspiring to see how many people are embracing the project it is also a bit disheartening to see how many people are personally touched by the issue of depression. Bringing the issue of mental health out of the shadows is a key goal of the Semicolon Project and the tattoos are doing just that.

If awareness is raised and even one person is convinced to keep on going thanks to seeing a semicolon tattoo than the project is a success. 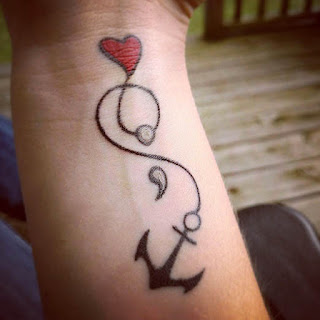 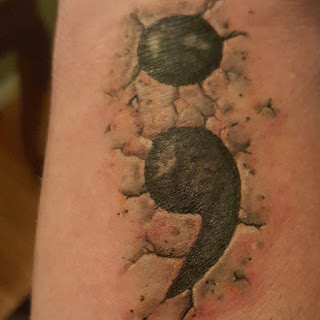 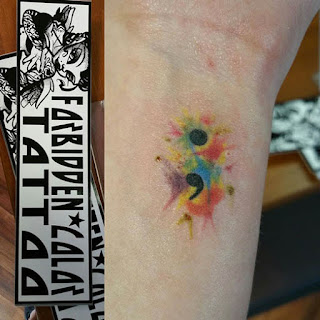 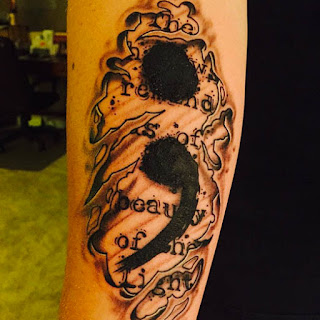 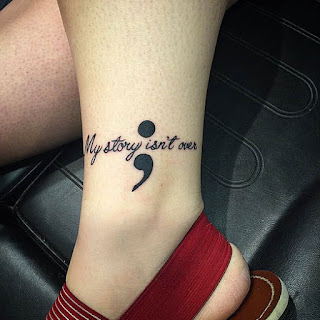 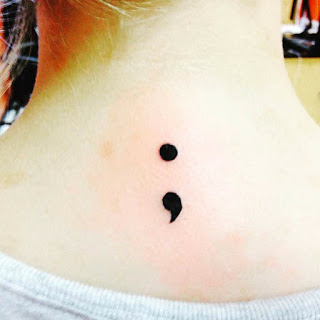 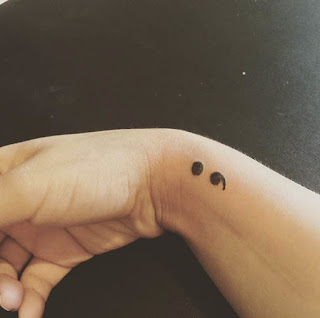 
1. A mom and her daughters, fighting together. 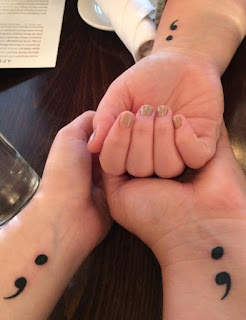 Denise and her daughters, Tayler and Olivia, got their semicolon tattoos right before they participated in the "Out of the Darkness" walk for suicide.
"My oldest daughter's first boyfriend died by suicide two years ago," Denise said. "Additionally, both of my girls have major depressive disorders and have struggled with ideation of suicide and self-harm."
"We treat their depression like any other disease, and are hopeful our tattoos will help counter the social stigma associated with mental illness and depression." 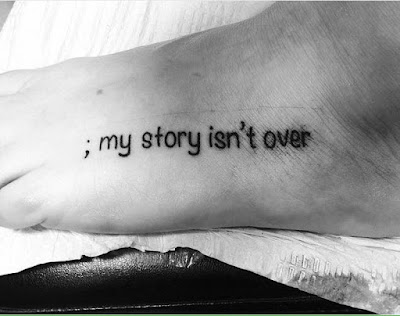 After being diagnosed with depression in 2005, Natalie LeFaivre got her semicolon tattoo in 2014 "as a reminder to me every day that with every step I take, my story isn't over."
"People ask all the time what it means," she said. "I used to be embarrassed about what I have gone through, but now if I can help out just one person, it's worth it."
"People may think it is dumb or just a trend but to those of us who have gone through depression or other things, it means so much more," she said. "And it is a permanent reminder to ourselves to continue to love who we are and to keep going." 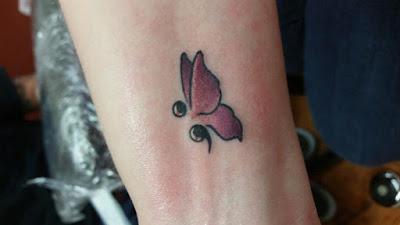 "I have suffered from depression since I was a teenager and now have a daughter suffering from depression and bipolar," Desirea said after sharing her butterfly semicolon tattoo. "My best friend and I got the tattoos to provide a visual reminder of never being alone or unloved."

4. It's not just a tattoo — it's protection from herself. 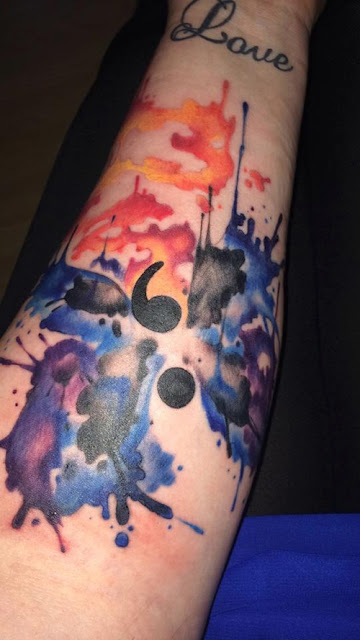 Kasey Tourangeau said, "I got [my tattoos] as a reminder that life is for living. They help me to cope and remember that there is more than the hurt you're feeling in the moment. They protect me from me."

"I have (and still am) going through rough times. I suffered in silence from self harm, because I didn't know who to turn to or what to say. Too many times I have wanted to end my life and through reading stories about these foundations, I found my light."

"'Love' on my wrist has come from the TWOLHA foundation. It told me to love myself, even when I didn't think there was anything to love. The semicolon came as a reminder: when things get bad, just take a pause and continue living. The butterfly around it not only represented life, but also the 'butterfly project' something I relied on when I was younger to stop hurting myself. If you cut the butterfly, you kill them. They protect you from you, for all intents and purposes." 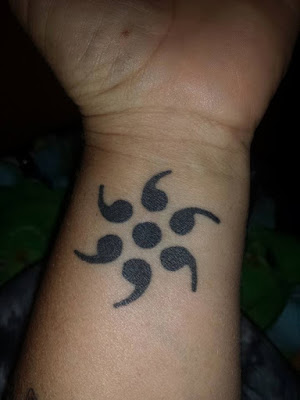 44-year-old mom and survivor Serina Simmons used to cut herself in high school and attempted suicide at the age of 17.
"I have had severe depression since I was very young and have had to learn how to cope with it for the sake of my four children," she said. "My tattoo is mainly for myself, to remind me that I am here for a reason. It is also a promise to myself and my kids that I will be strong and complete my story." 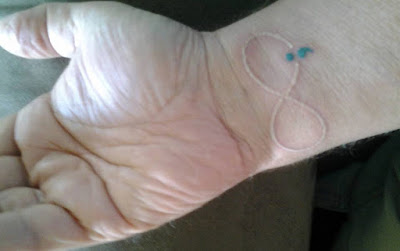 Bill Glennon is glad for the awareness the semicolon tattoo is spreading. "This has a growing awareness," he said. "And that is good in my book. We need the support."

7. It represents a second chance — and memorializes someone who didn't make it. 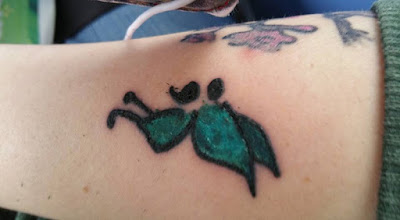 "I decided to get my tattoo after recent events regarding my brother, as he is in a really bad place at the moment. Since he likes tattoos, it seemed perfect," Kerrieanne Derbyshire said about her tattoo.
"I turned it into a butterfly, as butterflies represent the soul and I feel like personally I have a second chance after suffering from depression myself and seeking help. The butterfly is also for my cousin who lost her battle."


8. People are showing support for family members who are struggling. 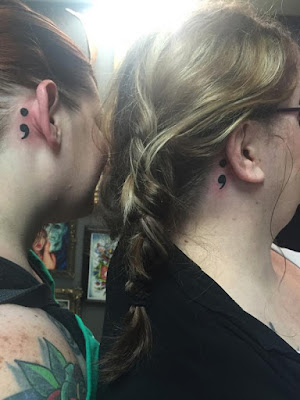 Amy Purnest (left) and her best friend got semicolon tattoos together. Amy did it for her cousin, who deals with depression.

When Amy's cousin told her about The Semicolon Tattoo Project, her cousin explained, "There are days the depression almost wins. Every time I see that tattoo, or someone with 'love' on their arm, it reminds me there's hope.'"
"I got it for her," Amy said. "And if over the course of my lifetime just one person sees my tattoo and it makes them feel the same way, then it was worth it."


9. And they're showing support for friends who are struggling. 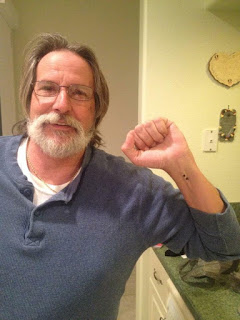 Joseph D'Amico shared, "I did this for my friend's daughter about a year ago."


Call it a trend, call it a movement, call it whatever you like, but the bottom line is this: The semicolon tattoo is a sign of survival, hope, and awareness. And that's what matters. 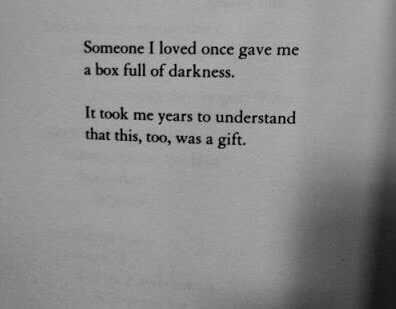 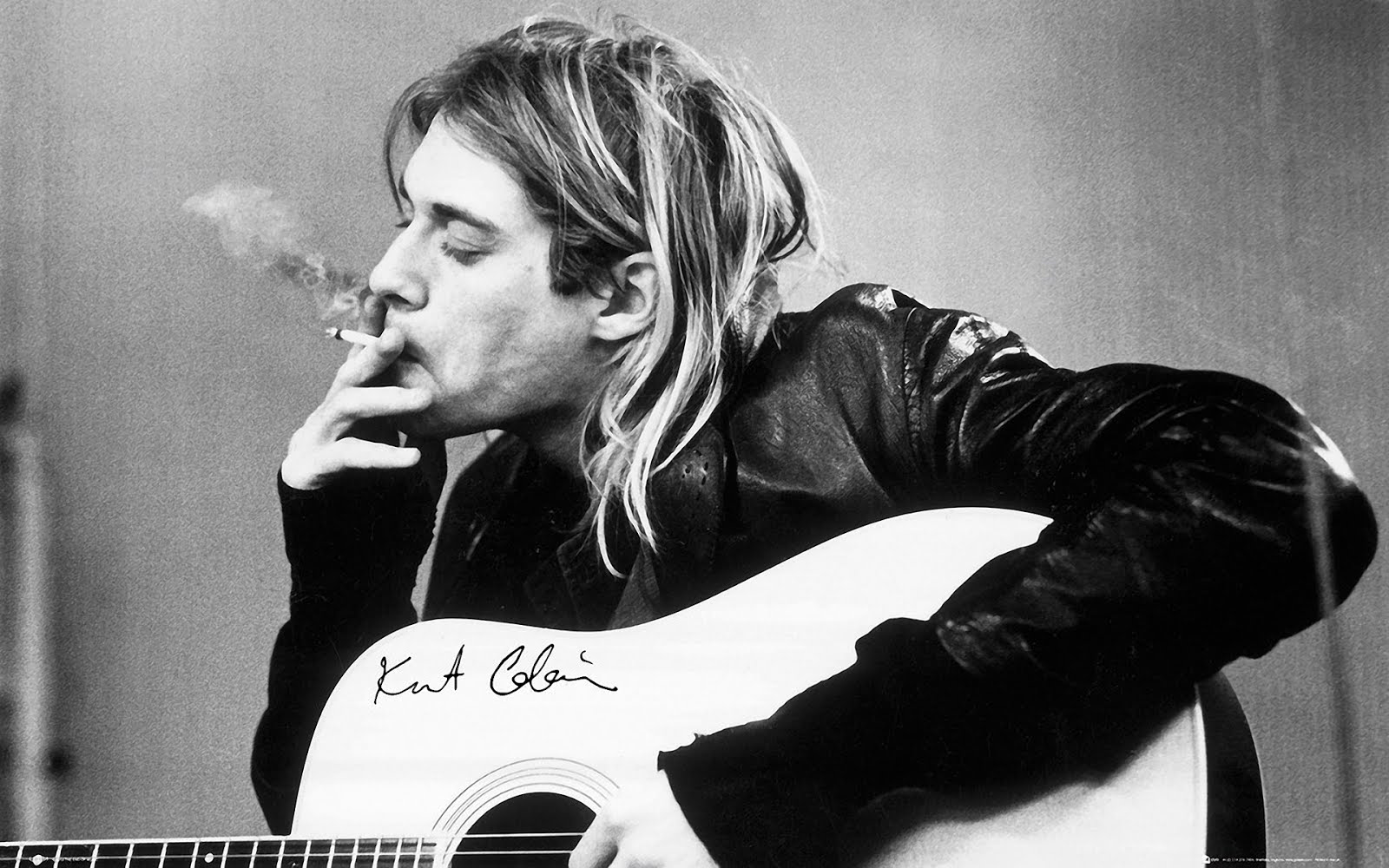 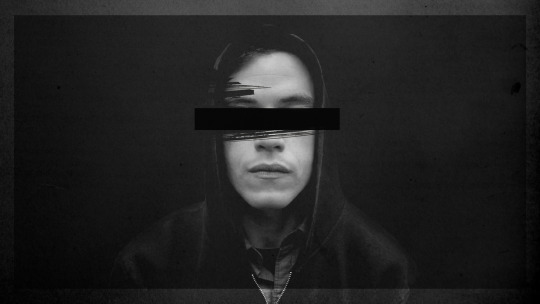 The devil's at his strongest while we're looking the other way, like a program running in the background silently, while we're busy doing other sh1t. Daemons, they call them. They perform action without user interaction. Monitoring, logging, notifications. Primal urges, repressed memories, unconscious habits. They're always there, always active. We can try to be right, we can try to be good. We can try to make a difference, but it's all bullshit. 'Cause intentions are irrelevant. They don't drive us. Daemons do. And me? I've got more than most.